Director of New Work & Dramaturgy Bobby Kennedy talks with the director of A Doll’s House about her approach to casting the production. 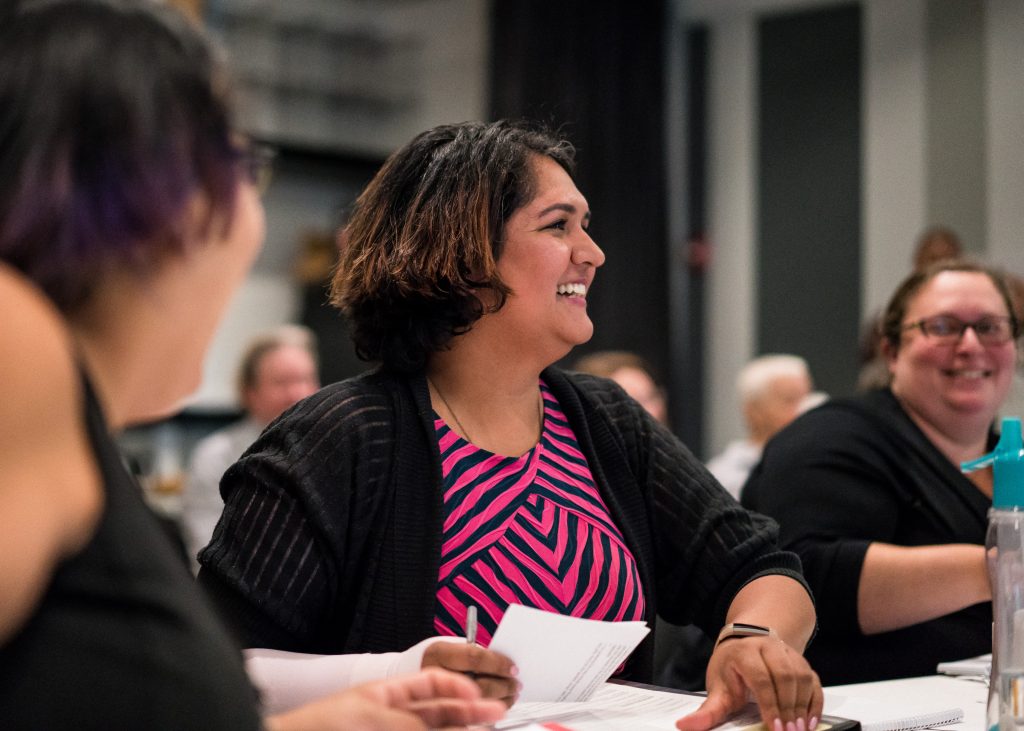 Bobby Kennedy: Where did you start when casting A Doll’s House? What were you looking for?

Lavina Jadhwani: Ultimately, we were looking for people who went to the mat for their families and who tried everything to fight for them and make the situation work. The play would have been a lot shorter if these were people who gave up. “I’m going to tell your husband!” “Go ahead!” No play. The casting process was easy in that everybody who we’ve cast just leapt off the page, like “oh my gosh, this person must play this role.” I’m really excited about how young this cast is because I do think that there’s so much reckless behavior in this play. And to be fair, people can be reckless at any age, but I think the play is full of a lot of “firsts” for people and our casting heightens that. Doing this play in 2019 is so different than doing it when Ibsen wrote it. The language we use to talk about these issues is language that didn’t exist for these characters. The actors who we cast were able to own that disconnect and not try to judge or fix or comment on these characters. Nobody can know that there’s a door for Nora to walk through until she discovers it for herself. None of them can anticipate that or there’s no play. I love that adapter Sandra Delgado used the word “juicy” when she described Michael Halberstam’s initial adaptation because that’s something I keep coming back to. When I first read the play in a text analysis class in undergrad, I didn’t remember the plot being as juicy as it is. I do think a lot of that is what Michael has smartly economized. But we don’t get to focus on that if we’re watching people comment on the text—i.e., “I know this behavior is unfeminist, or I know I shouldn’t say or do that in 2019.” We’re trying to create that disconnect so that the audience can unpack it.

BK: Were there any roles you were specifically looking to cast inclusively or was it a completely open process?

LJ: When I directed the play at DePaul as an adjunct faculty member, a young black man played Krogstad and that really unlocked a lot for me in terms of that character—his relationship to justice and his relationship to reputation and trying to recover it. Because of that experience, I felt strongly that this role should be played by an actor of color in WT’s production as well. Everything else we were entirely open about and truly we cast the people that our team felt were best for the roles. Something I’ve been realizing in the last few years is we tend to write a lot of casting descriptions that use adjectives. I think that is challenging because language has context and certain words mean or are pitched towards one community versus another. That’s just how language and bias works. These days I am trying to look at each character and say “this is a person who does these five things;” that’s what we need to believe. For Nora, I wrote down, “often described as a bird,” but I also wrote down, “she forges her father’s signature, she takes odd jobs to make ends meet, she eats macarons and doesn’t tell her husband, she gets Christine a job, she flirts with Dr. Rank.” These are things this person does, as opposed to qualities that describe her.

BK: Do you feel that your team’s interpretation of A Doll’s House will feel more approachable to more people?

LJ: When I was at the Oregon Shakespeare Festival, I heard Artistic Director Bill Rauch ask, “We cannot tell everyone’s story at once, but do we feel like there is balance in the programming?” I.e., are there multiple points of entry or does it feel like we are only telling one type of story? The more I work in the classical canon, the more I bump against preconceived notions about what these roles are supposed to look like or behave like. Even if they were done with “non-traditional casting,” the way that these plays have been produced for a long time meant that people from marginalized communities were asked to ignore who they are in order to exist in the world of the play. I’m saying, let’s let the actors’ truths and the texts’ truths coexist because I think that kind of honesty is going to make the play better. In our production, I decided that all of these American actors can pretend to be Norwegian. All of them. I don’t feel like any one person is pretending more than another. Again, for me, it was about who is going to make me believe that they love their families and would do anything to defend them. But to answer your question, I do think the idea of saying “we cannot tell everyone’s story at once, but can we have multiple points of entry to this story?” is important. Because regardless of how you identify, I think everyone has a point of view on partnership. Even if it’s “I don’t want that.”