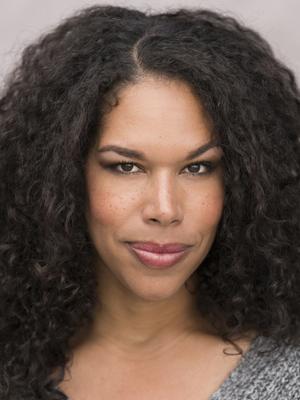 Bethany Thomas
At Writers Theatre: Into the Woods, A Moon for the Misbegotten, She Loves Me

Bethany is a Chicago-based actor and singer, most recently in the US Premiere of the one woman show Songs For Nobodies at Milwaukee Rep. Chicago credits include The Tempest (Chicago Shakespeare Theater), Porgy and Bess (Serena) at Court Theatre, Marry Me A Little, Into The Woods, Nine, In Trousers (Porchlight Music Theater)  Hair (Paramount Theatre), Fiorello! (TimeLine Theatre) also work with Second City, AboutFace Theatre, The Inconvenience, Theo Ubique, Congo Square, Drury Lane Oakbrook, Theatre at the Center, Marriott Lincolnshire, Hell In A Handbag and American Theater Company. Regional credits include Iphigenia In Aulis (Getty Villa), The Color Purple (Sofia), Ain’t Misbehavin’ (Armelia), Ragtime, Man Of La Mancha, A Christmas Carol at Milwaukee Repertory Theater, Hairspray (Motormouth Maybelle) at Skylight Music Theater and Little Shop of Horrors (Audrey II) at Geva Theatre. Bethany appeared in the second seasons of Empire (FOX) and You're So Talented (OpenTV) and is a proud recipient of a Joseph Jefferson Award, an After Dark Award and a Black Theatre Alliance Award. As a singer/songwriter, Bethany is a regular performer at The Paper Machete, The Hideout and in Steppenwolf's LookOut series. She's done concerts for WBEZ, WFMT, WTTW and the Chicago Humanities Festival, and was a featured local artist in Renee Fleming’s Chicago Voices Project at the Lyric Opera. She is one quarter of the alt-country project Jon Langford's Four Lost Souls, (self-titled album out on Bloodshot Records) and released an EP of her own music called First. Look out next year for her debut album. Bethany is represented by Shirley Hamilton Talent. bethanythomasmusic.com.