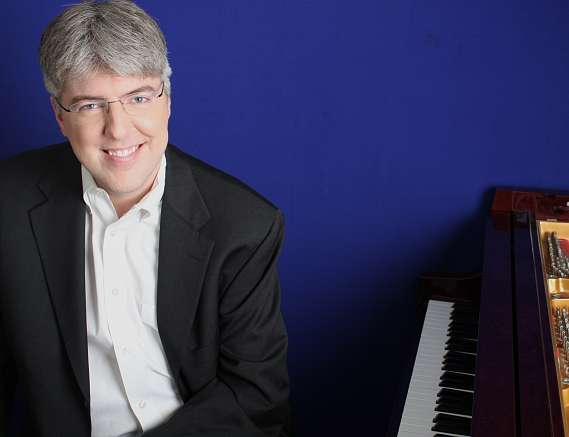 Andrew mostly hangs out in piano bars (as a performer, not as a barfly), where his repertoire spans over 2000 songs. He has entertained regularly at Big Shot in Arlington Heights, IL, Mastro’s in Chicago, and The Signature Room at the 95th. He spent a decade banging on grand pianos at Howl at the Moon in Chicago, Milwaukee, and Cleveland. He has played dates at Davenport's Piano Bar And Cabaret, the Drake Hotel, Billy Berk’s, Daddy-O’s, and the Red Head Piano Bar.
Andrew has also been involved in the theater: onstage ("L.M." in Pump Boys & Dinettes - twice), offstage (music-directing Five Guys Named Moe at Drury Lane Evergreen Park), and in the orchestra pit (a year at the Marriott Theatre In Lincolnshire). He also accompanies almost every major theater audition in town, and has recently become staff accompanist at Wheeling High School.