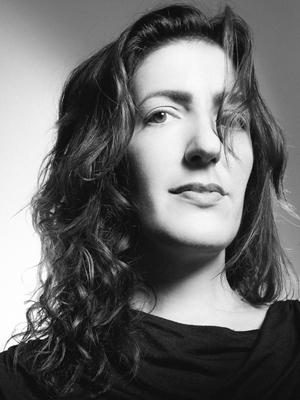 Andra Velis Simon
At Writers Theatre: Next to Normal

Andra Velis Simon is a music director, adapter, arranger, pianist and vocal coach based in Chicago. Regionally, her work has been seen at the Oregon Shakespeare Festival, A.R.T. in Cambridge, Brooklyn Academy of Music, NYU’s Skirball Center, Actors Theatre of Louisville, Pasadena Playhouse, Berkeley Rep, Olney Theatre Center in Maryland and Three Oaks in Michigan. In Chicago, she has had the pleasure of collaborating with dozens of theaters, including: The Goodman (The Iceman Cometh, Camino Real); Steppenwolf (La Ruta); Porchlight Music Theatre (A Gentleman's Guide to Love and Murder); The Hypocrites (Cinderella at the Theater of Potatoes, American Idiot, Pirates of Penzance, The Mikado, H.M.S. Pinafore); Theater Wit (Mr. Burns, 10 out of 12); Chicago Children’s Theatre (The Hundred Dresses, A Year with Frog and Toad, Goodnight Moon, Last Stop on Market Street) and many others. Velis Simon is the Resident Music Director for Firebrand Theatre, where she music directed Caroline, or Change and 9 to 5 as well as their inaugural production of LIZZIE. From 2008-2016, Andra served as the staff Music Director for the Theatre Department at Columbia College Chicago, where she continues to teach musical theatre performance.