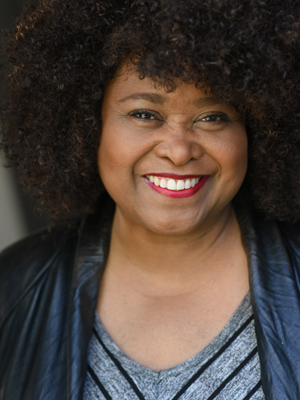 Felicia returns to Chicago having recently starred in Low Down Dirty Blues (Lone Tree Arts Center) in Colorado. Other theatre credits include productions at The Marriott Theatre, Court Theatre, Chicago Shakespeare Theater, Drury Lane Oakbrook Terrace, Theatre at the Center, Northlight Theatre, Milwaukee Rep, The Broadway Playhouse and the Goodman Theatre. Ms. Fields earned a Tony Award nomination for her portrayal of Sofia in The Color Purple on Broadway and a 2006 Theatre World Award, two Broadway.com awards, an NAACP nomination and the award for Best Actress in a Musical for her performance in Sophisticated Ladies. Television/film credits include Slice with Chance the Rapper, Save the Last Dance, Who Gets the Dog, Chicago PD, Chicago Fire, Bad Judge (NBC), Sense 8 (Netflix), Early Edition (CBS), The Knights of Prosperity (ABC) and many commercials/voice-overs to date. She is the recipient of a Clarence Dewitt Award, many Joseph Jefferson nominations and won the Jeff award for her performances in Sophisticated Ladies.