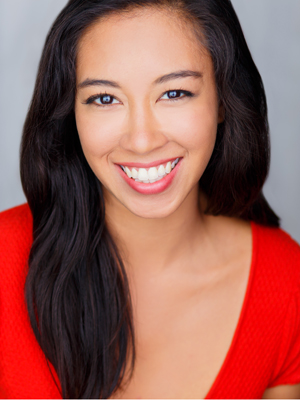 A Chicago native, Aurora grew up on the south side of the city, attended Walter Payton College Prep and graduated with her BFA in theatre from The University of Illinois Urbana-Champaign. She is a company member with First Floor Theater, where she appeared in their productions of Edith Can Shoot Things and Hit Them, peerless and Two Mile Hollow. Other past credits include: Bull In A China Shop (About Face Theatre), Put Your House In Order (The Roustabouts), The Burials (Steppenwolf Theatre Company), good friday (Oracle Productions, Jeff Nomination for Best Ensemble), Hinter (Steep Theatre Company), M. Butterfly (Court Theatre) and Miss Saigon (The Paramount). Upcoming productions include Red Rex (Steep Theatre) and Lottery Day (Goodman Theatre) both by Chicago playwrite Ike Holter. Aurora has performed three consecutive years in The Fly Honey Show (The Inconvenience), including with her mother, aunt and cousin in their drum group Adachi Taiko. She is represented by the awesome people at Gray Talent Group. Love & thanks to Isa, Amanda, Mom & Dad.