“On behalf of the Board of Trustees, I am thrilled that Braden Abraham will be serving Writers Theatre as its new Artistic Director. Braden is a talented artist, an advocate for inclusivity, and has a strong vision for Writers' future and for the opportunities and challenges that lie ahead. I very much look forward to the growth of Writers Theatre under Braden’s artistic leadership.” - Mary Pat Studdert, Writers Theatre Board Chair

The Writers Theatre Board of Trustees names Braden Abraham as the Artistic Director of Writers Theatre. Abraham comes to Writers from Seattle Rep, the largest nonprofit resident theatre in the Pacific Northwest, where he has built a distinguished career as a director, producer and creator of new work, and community leader. At The Rep, he has directed more than 20 productions, initiated the theatre’s groundbreaking community engagement Public Works program and re-envisioned the New Play Program. Abraham will be the second Artistic Director of Writers Theatre’s esteemed 30-year-old company.

Abraham will assume artistic leadership of Writers Theatre on February 1, 2023, shortly after the closing of the World Premiere of Mr. Dickens and his Carol, a play he developed and will be directing for the Rep in December 2022. Until then, Bobby Kennedy will continue to assume the role of Interim Artistic Director. Abraham has been appointed to the position after a 10-month national search led by Management Consultants for the Arts, which involved the participation of Board members, staff and Chicago theatre artists.

“I’m incredibly excited and honored to join Writers Theatre as its new Artistic Director. The theater’s mission is embedded in its very name, and the commitment Writers Theatre has to playwrights, artists and the written word speaks to my passions as an artist, a producer and a director. I’m inspired by Writers’ dedication to bringing new voices to the stage, its educational programs that align with the mission, and the opportunities to build community partnerships both within and beyond the physical spaces,” comments Abraham. “Partnering with Executive Director Kate Lipuma and the incredible staff in expanding programs for an inclusive, equitable, and connected theater is tremendously exciting for me. The beautiful new building, with its intimate spaces, allows us all to be transported together in limitless ways, as only live theater can. It was designed to be a community hub where every space invites performance, experimentation, and social experiences. There is immense potential that I can't wait to help realize.”

“Braden is an engaging artist with a real vision for Writers Theatre,” said Executive Director Kate Lipuma. “I look forward to partnering with him on programming that invigorates our theater and community in the most exciting ways as we begin this next momentous stage of our future.”

Abraham adds, “The Chicagoland theater community is one of the most thrilling in the country. This is the beginning of a new chapter for the theater and a new moment to engage the essential attributes of what makes it a healing art form – through sharing space to experiencing extraordinary writing and performance. This is a time for discovery and new possibilities. There is a lot for me to learn and I’m looking forward to getting started.” 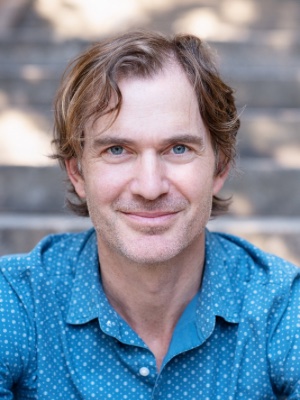 Braden Abraham joined Seattle Rep in 2002 and served in several positions on the artistic staff before his appointment as artistic director in 2015. He initiated Seattle Rep’s Public Works, making Seattle Rep one of the first partner theaters to bring the Public Theater’s Public Works program outside of New York. He re-envisioned the New Play Program, commissioning and premiering plays by Anna Zeigler, David Grimm, Justin Huertas, Samantha Silva, Cheryl L. West, and Karen Hartman, and has supported the work of dozens of playwrights and directors through the Other Season development lab. Many projects developed through this program went on to acclaimed runs at Seattle Rep and around the country including Come From Away, Bruce, Shout Sister Shout!, Mac Beth, and Kate Hamill’s Pride and Prejudice. Under his leadership, Seattle Rep was the only theater outside New York and London to present David Byrne’s Here Lies Love, at a scale not seen in either of those two cities.

Most recently, Braden initiated 20x30: Reimagine the Anthropocene to commission twenty new plays by the year 2030, and New Directions, a unique commissioning program designed to support generative work from directors. He has directed more than 20 productions for Seattle Rep including: True West, Clybourne Park, Photograph 51, Ibsen in Chicago, The Glass Menagerie, Betrayal, Luna Gale, A View from the Bridge, A Great Wilderness, Breakin’ Hearts and Takin’ Names, and Who’s Afraid of Virginia Woolf?, and has developed new work at Ojai, O’Neill, Denver Center, and Perseverance. He has been a guest artist at Stanford, Gonzaga, Seattle University, Western Washington University, and the University of Idaho. He conceived and developed Way Stations, a series of interactive walking tours in Seattle for the Northwest New Works Festival at On the Boards, and he is the co-creator of Gordon Hempton: Let it Happen, an audio installation about the life and work of Emmy-Award winning sound ecologist Gordon Hempton. He is married to Cheyenne Casebier and the proud papa of Phoenix Faye Abraham.