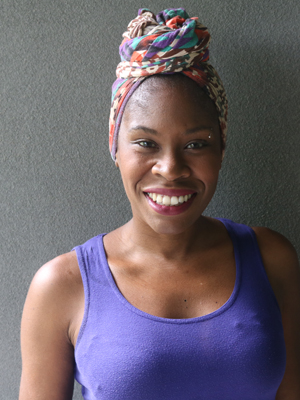 Simeilia is an internationally acclaimed arts leader, director, producer, changemaker, black plays specialist and dramaturg. More recently recognised for the commission and direction of The Interrogation of Sandra Bland by Mojisola Adebayo, performed by 100 women of color at Goodman Theatre as part of Black Lives Black Words: I AM Fest. Simeilia is the Co-founder and Creative Director at Black Lives Black Words International Festival, Founder and CEO at Beyond The Canon Limited, Curatorial Consultant at Manchester International Festival and Founder and former CEO at Artistic Directors of the Future. Simeilia Hodge-Dallaway has been listed five consecutive years in the Stage Top 100 Power List (2017-21), selected by Google and TED as one of the five international Emerging Innovators (2019), named in the London Evening Standard The Progress 1000: London's most influential people 2018 - Performance: Theatre, included in the Who Who's 2020 publication: The standard, up-to-date source book of information on people of influence and interest in all fields and recipient of The Stage Innovation Award for her work on diversifying UK arts boards in 2020. She is also former researcher, trouble-shooter and Project Manager of the National Theatre's Black Play Archive, Editor of the first monologue anthology inspired by black British Plays: ‘The Oberon Book of Monologues for Black Actors: Classical and Contemporary Speeches from Black British Plays’ which was followed by a second monologue anthology, inspired by the work of international playwrights, published by Bloomsbury Methuen Drama: ‘Audition Speeches for Black, South Asian and Middle Eastern Actors’ and former Trustee at the Directors Guild of Great Britain and Company of Angels Theatre Company. She also works nationally and internationally as a teacher/guest lecture, audience development consultant and leadership consultant.