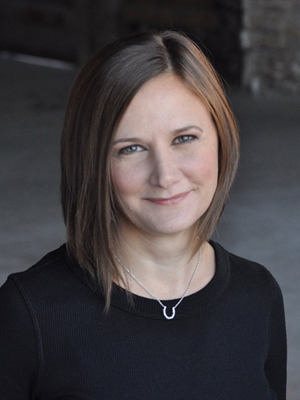 Kathryn M. Lipuma has served as the Executive Director of Writers Theatre since March 2007 where she is responsible for overseeing all management, administration and operations for the company. Most recently, she led the planning and construction of WT's award-winning performing arts center, designed by internationally renowned architect and MacArthur Fellow and "Genius" grant recipient Jeanne Gang of Studio Gang Architects, which opened in February 2016. Prior to Writers, Lipuma spent nine seasons as Executive Director at the Tony Award-winning Signature Theatre Company in New York. At Signature, she worked with and produced plays and programs from such acclaimed writers as Edward Albee, Lee Blessing, Horton Foote, Maria Irene Fornés, John Guare, Bill Irwin, Romulus Linney, Arthur Miller, Paula Vogel, August Wilson and Lanford Wilson. During her tenure, she helped create and launch Signature’s groundbreaking $15 Ticket Program. Prior to her time at Signature, she spent six years with Chicago’s Goodman Theatre. Lipuma currently serves on the Board of Directors for Arts Alliance Illinois, the statewide advocacy coalition; the Board of Directors and Past Chair of the League of Chicago Theatres, an alliance representing more than 200 Chicago-area theater companies and producers; and as an Advisory Council Member for The Actors Fund.  Lipuma is the Immediate Past Chair of the Board of Directors of Theatre Communications Group (TCG), the national organization for the American theatre.  She is also the co-creator of DoNorth, an umbrella organization joining four cultural neighbors—Chicago Botanic Garden, Kohl Children’s Museum, Ravinia Festival and Writers Theatre—to attract new audiences to the cultural, environmental and community activities of the North Shore. She is a graduate of The George Washington University in Washington, D.C.