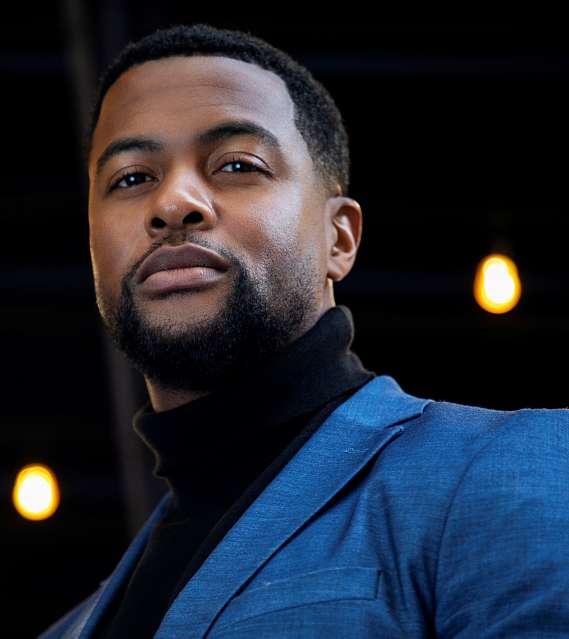 A native of Peoria, IL, Kamal graduated from Bradley University with a degree in Business Administration-Entrepreneurship.  After several years of working in corporate America, he took a leap of faith to pursue acting full time, going on to star in dozens of regional theatre productions in Nashville and Chicago, including the lead role ‘Hero’ in the Goodman Theatre’s production of Suzan-Lori Parks’ Father Comes Home From The Wars Parts 1,2, & 3 and the title role of ‘Chad Deity’ in the world premiere of Kristoffer Diaz’s Pulitzer Prize finalist play The Elaborate Entrance of Chad Deity at Victory Gardens Theatre. Off-Broadway, he received the AUDELCO Award for Best Actor for his work in Reparations at the historic Billie Holiday Theatre and a nomination for his turn in The Opponent at 59E59St Theatre. Though he discovered a fondness for the camera in the Big Apple, making his debut on FX’s Lights Out and the popular Christmas movie The Night Before, still it was his love for theatre that brought him to LA to be directed by legendary actress Phylicia Rashad in Immediate Family at the Mark Taper Forum. In just a short time in LA, Kamal has gone on to create several memorable characters on television including recurring roles on NBC’s Chicago Fire, FOX’s Rosewood, HBO’s Insecure and FOX’s The Resident. On film, he spent some time in Wales filming the action-packed horror flick Ravers before landing the leading role of ‘Russell Savage’ in the BET film Keys to the City. Most recently, Kamal completed filming the Hulu comedy Vacation Friends alongside Lil Rel Howery and John Cena and is currently filming AMC’s 61st Street, executive produced by Michael B. Jordan. His education includes training at the British American Drama Academy in Oxford.