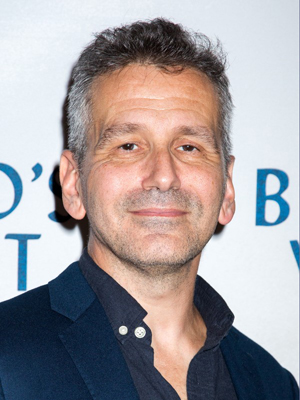 At Writers Theatre: Next to Normal, A Streetcar Named Desire, Picnic, The Price, Booth, Oscar Remembered, The Beats

David Cromer is originally from Chicago and currently based in New York where his credits include The Sound Inside (Broadway), The Band’s Visit (2018 Tony Award for Best Direction of a Musical), the Broadway revivals of Brighton Beach Memoirs and The House of Blue Leaves, The Treasurer (Playwrights Horizons), Man from Nebraska (Second Stage Theatre), The Effect, Orson’s Shadow, Tribes (Barrow Street Theatre), Women or Nothing (Atlantic Theater Company), Really Really (MCC Theater), When the Rain Stops Falling, Nikolai and the Others (Lincoln Center Theater) and Adding Machine (Minetta Lane Theatre). Other directing credits include BUG (Steppenwolf Theatre Company), Come Back, Little Sheba (Huntington Theatre Company), The Sound Inside (Williamstown Theatre Festival) and Our Town in London, Chicago, Los Angeles, Boston and Kansas City. As an actor, he recently appeared on Broadway as Howard Fine in the 2018 production of The Waverly Gallery. Prior to that, he appeared on Broadway as Karl Lindner in the 2014 revival of A Raisin in the Sun and Off-Broadway as the Stage Manager in Our Town, which he also directed, at the Barrow Street Theatre. He appeared in the HBO series “The Newsroom,” the Showtime series “Billions,” and in the motion picture The Meyerowitz Stories (New and Selected). Cromer has received a Tony Award, Drama Desk Award, three Obie Awards, three Lucille Lortel Awards, a Joe A. Callaway Award, four Jeff Awards and in 2010 was made a MacArthur Foundation Fellow.