“Which of my feelings are real? Which of the me’s is me? The wild, impulsive, chaotic, energetic, and crazy one? Or the shy, withdrawn, desperate, suicidal, doomed, and tired one? Probably a bit of both, hopefully much that is neither.”

—Kay Redfield Jamison, An Unquiet Mind: A Memoir of Moods and Madness

Diana, the mother in Next to Normal, has bipolar disorder. There are 5.7 million real people like her in the United States alone. Formerly known as manic depression, bipolar disorder is a mental illness characterized by manic periods of extreme elevated moods (highs) followed by depressive periods of hopelessness (lows). The “high” symptoms of mania consist of elevated feelings of energy. They include restlessness, euphoria, being easily distracted, lack of need for sleep, exaggerated optimism, recklessness or aggressiveness. The positive feelings derived from many of these symptoms may cause people to refuse to admit that they have a health problem. On the other hand, the disorder is also characterized by “low” symptoms of depression. These include sadness, loss of appetite, irritability, fatigue, chronic pain, hopelessness or thoughts of death and suicide. Science has yet to determine a specific gene that links to bipolar disorder. However, research shows that it can often be hereditary, and that trauma can trigger the onset of an underlying case of bipolar disorder. Typically, the disorder arises in adolescence or early adulthood. 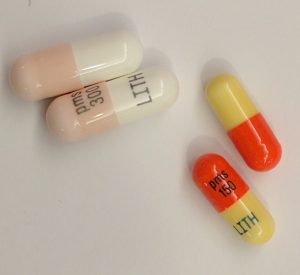 Common treatments for bipolar disorder include psychotherapy and medication. Various forms of psychotherapy can provide useful information and help patients deal with emotional regulation and manage their interpersonal relationships.

As for medication, Lithium is the most common and accepted drug treatment, since it reduces the risk of suicide and self-harm amidst acute episodes. For long-term medicating, mood stabilizers are prescribed, while antipsychotics are used for short-term episodes. Due to the “high” and “low” nature of bipolar disorder, antidepressants alone are not typically prescribed.

In addition to these widespread and conventional methods, there is another treatment that is used in extreme cases: brain stimulation therapy. The most widespread of these therapies is electroconvulsive therapy (ECT) which uses an electric current to treat severe mental health issues. ECT is typically used for treating severe depression but is sometimes used for other disorders including schizophrenia and bipolar disorder. Using ECT to treat bipolar disorder is deemed necessary when medication or psychotherapy fails, or when urgency is required, in cases such as suicide risk. ECT typically works quicker than medication, especially for older individuals. Side effects of ECT include headache, muscle aches, upset stomach, and memory loss. Memory problems typically affect recollection of the time around treatment, and usually improve after days or weeks, although some cases are more severe.

The late actress Carrie Fisher spoke openly about her experiences with bipolar disorder later in life. Describing her manic symptoms with bp Magazine, she said

“I never shut up. I could be brilliant. I never had to look long for a word, a thought, a connection, a joke, anything.”

However, through these symptoms she realized something was wrong. “When my mania is going strong, it’s sort of a clear path. You know, I’m flying high up onto the mountain, but it starts going too fast. I stop being able to connect. My sentences don’t make sense. I’m not tracking anymore and I can’t sleep and I’m not reliable.” In another piece with the magazine, writer Jon Press describes one of the depressive symptoms as “want[ing] to make a hasty retreat, to head back home and climb into bed.” All in all, symptoms can vary from person to person just as degrees of the illness can. Everyone with bipolar disorder has experiences unique to them, which is why there is no “one-size-fits-all” cure. 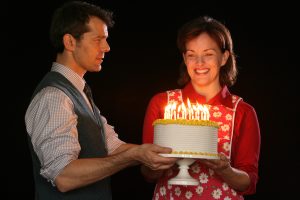 Like most mental illnesses, severe societal stigma prevents many people from realizing that themselves or others have bipolar disorder and can even stop them from seeking help. The media often portrays mental illness incorrectly or in a negative light. Many myths about mental illnesses abound, such as that they make people violent, resist all treatment and that all symptoms of mental illness manifest in the same way. In reality, studies show that people suffering from mental health issues are actually much more likely to be victims than perpetrators of violent crime and can live healthy lives with the right treatment. Groups such as the National Alliance on Mental Illness (NAMI) and Time to Change are dedicated to raising awareness and combating the stigma of these issues. People can help fight stigma by talking openly about mental health and educating themselves and others. Many people forget that mental health is just as important as physical health, so it’s important to treat the mind’s well-being as one would the body, as both can be susceptible to illness. Stories like Next to Normal that portray mental illness realistically are few and far between, which makes their educational and cultural value all the more important.