Science and Stereotypes: Exploring the Manifestations of Bias In SMART PEOPLE

The four characters in Lydia R. Diamond’s Smart People come from various racial and ethnic backgrounds and each face significant challenges in their professional lives. While the play is set in the lead-up to the 2008 American presidential election, the subjects these characters are researching and the systemic issues they encounter in that time are still troubling the country 10 years later. 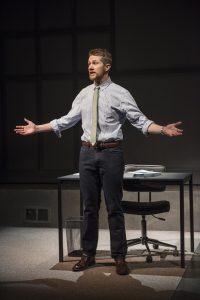 Brian is a neuroscientist at Harvard University studying racial bias at the  neurological level. One of the first studies of racial bias was done in the late 1940s by social psychologists Kenneth and Mamie Phipps Clark. As Dr. Kenneth Clark described the study in a 1985 interview for the documentary Eyes on the Prize, a group of African-American children from segregated schools were given two white dolls and two brown dolls. First, they were asked to differentiate between the two, and then they were asked about their preferences. “Show me the doll that you like to play with. Show me the doll that’s a nice doll. Show me the doll that’s a bad doll.” A majority of the children rejected the black dolls. When asked a final question, “Now show me the doll that’s most like you,” Dr. Clark got a disturbing response. “Many of the children were emotionally upset at having to identify with the doll that they had rejected. Some of them would walk out of the room or refuse to answer that question. And this we interpreted as indicating that color, in a racist society, was a very disturbing and traumatic component of an individual’s sense of his own selfesteem and worth.” Thurgood Marshall included the study in his arguments in the cases that made up Brown v. Board of Education, and the Supreme Court cited the study in its ruling that declared “separate but equal” public schools unconstitutional.

Modern studies continue to explore racial bias, both culturally and biologically. “Dehumanizing the Lowest of the Low: Neuroimaging Responses to Extreme Outgroups” by Susan T. Fiske and Lasana T. Harris was the 2006 scientific study that inspired the play. People were categorized on two different dimensions: warmth (whether they mean to help you or harm you) and competence (whether or not they are able to accomplish their goal of help or harm). The resulting four categories were: High Warmth/High Competence (called “Pride” and exemplified by Olympic athletes and the middle class), High Warmth/Low Competence (called “Pity” and exemplified by the disabled and the elderly), Low Warmth/High Competence (called “Envy” and exemplified by business professionals and the wealthy), and Low Warmth/Low Competence (called “Disgust” and exemplified by drug addicts and the homeless). Participants in the experiment were shown photos of people from these four different groups while having their brains scanned. When shown pictures from the first three categories, the participant’s prefrontal cortex activated, indicating social cognition. But when shown pictures from the Low/Low category, the amygdala of the participants activated instead, the same portion of the brain that activated when viewing objects. Pictured: Psychologist Kenneth Clark observing a child as they examine black and white dolls. “Untitled, Harlem, New York, 1947″ Gordon Parks/The Gordon Parks Foundation. The study concluded that our brains perceive extreme out-groups as less than human and more similar to objects. Brian’s study in the play builds on the methodology of this study to explore how participants might have similar reactions to people of different races. 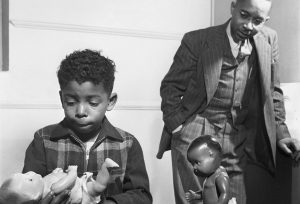 Another important study is the implicit association test (IAT) which “measures the strength of associations between concepts (e.g., black people, gay people) and evaluations (e.g., good, bad) or stereotypes (e.g., athletic, clumsy).” Project Implicit at Harvard University developed the test and anyone can take variations of the IAT on their website (Google it and try it for yourself!). In one version of a racial bias IAT, respondents are asked to sort words into “good” and “bad” categories, while also being asked to categorize faces as “black” or “white.” For half of the test, “good” and “white” are paired on the same button, while “black” and “bad” are paired on the other. The pairing switches halfway through the test, so that “good” and “black” are now together as are “white” and “bad.” People who take longer to press the correct button when “good” is paired with “black” than they do when “good” is paired with “white” demonstrate a greater degree of racial bias, according to the study. Scientists have conducted this experiment while subjects are in an MRI machine and have found that the amygdala activates when viewing faces of different races. The amygdala is a part of the brain involved with “fear conditioning—tracking what kinds of things predict bad outcomes.” And the signals from the amygdala travel fast and automatically, occurring before a person is consciously aware of them and able to respond more thoughtfully. Subjects slowest at pushing the button when “good” is paired with “black” had the most active amygdalae as well, requiring their frontal cortexes to override the subconscious instinct and push the correct button. Many scientists believe these negative associations are cultural, the result of growing up in a society full of stereotypes; in Smart People, Brian’s research is trying to prove that the response is biological—that it’s nature as opposed to nurture. 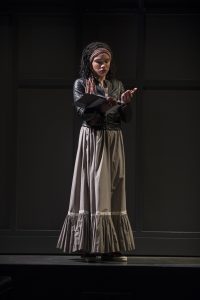 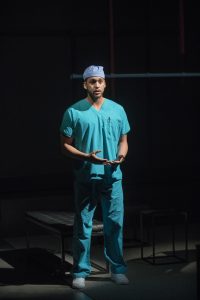 Jackson is a surgical intern at Harvard Medical School (HMS) who comes into conflict with his superiors. In his free time, he works at a clinic that offers healthcare to those without insurance. Nationwide, although 13% of the population is black, they account for only 4% of the physician workforce, according to a 2014 study from the Association of American Medical Colleges (AAMC). 50% of physicians are white, 5% are Hispanic or Latino and 12% are Asian, while the backgrounds of an additional 29% are unknown. Unfortunately, this disparity isn’t likely to be fixed any time soon. The AAMC study also reports that “In the past three decades, there has been little growth among black or African-American medical school graduates. Minority-serving institutions continue to be the largest producers of black or African-American and Hispanic or Latino physicians. The two U.S. medical schools graduating the most black or African-American physicians from 1980 to 2012 were historically black colleges and universities: Howard University and Meharry Medical College.” Harvard Medical School (HMS), where Jackson studies, graduated the eighth highest number of black or African-American physicians, well-behind Howard and Meharry, but ahead of much of the rest of the country. However, disparity persists. 20% of the 2017 student class at HMS was either African-American, Latino or Native American, despite those groups making up 30% of the national population. In response, the school formed a Diversity Task Force in 2017 to advise the Dean in creating a vision statement for the school as well as developing metrics to evaluate the school’s commitment to becoming more diverse. 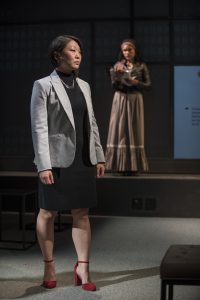 Ginny is a psychologist, also working at Harvard University where she studies anxiety and depression among Asian-American women living in the United States. Many stereotypes about Asians and Asian-Americans contribute to the problems that Ginny’s subjects face. One of the most common of these is the concept of being seen as a “model minority.” Rhoda J. Yen wrote about this stereotype for the Asian American Law Journal. “Although the model minority stereotype is cloaked in praise, it ultimately injures Asian American communities. [It] presumes Asian Americans to be a monolithic group composed of fungible members; in reality, however, significant differences exist between and within separate Asian ethnic groups. Moreover, sociological research fails to include key demographic data that would undermine the model minority label for nearly all Asians. Most family income studies fail to include data showing that Asian American families tend to have greater numbers of workers per household. Additionally, Asian Americans have generally congregated in cities that also have the highest nationwide costs of living. Asian American men tend to be overeducated and work longer hours in the same positions held by white Americans. The culture of corporate America preserves a ‘glass ceiling’ in job advancement for Asian Americans such that few reach senior executive levels. Finally, Asian Americans have yet to gain widespread acceptance in political leadership.” Asian American women are commonly affected by stereotypes about their sexuality and a tendency to be exoticized. “The emphasis of these stereotypes on submission and docility imagines [Asian women] as without agency and without the capacity to give consent,” writes Rachel Kuo in an article for Everyday Feminism. “These assumptions can’t possibly imagine Asian women to make their own decisions or have power over their bodies. Imagining Asian women as deferential and obedient to ‘authority’ assumes consent when it’s not given. Mainstream media, including the porn industry, has created a dangerous myth that Asian women enjoy being dominated or serve at the behest of someone else’s pleasure. Though they may seem like a harmless infatuation with Asian women and our bodies, fetishes of Asian women link to experiences of racist, sexual violence and have negative impacts on our physical safety and mental and emotional health.” Ginny’s research refutes the idea that the anxiety and depression experienced by Asian-American women is cultural or familial, arguing instead it’s a result of suffering under the expectations of being a model minority and the stress of being exoticized.

With Smart People, Lydia R. Diamond deftly explores some of these stereotypes in connection with each of the characters’ professions and the challenges they pose, while also showing us how Valerie, Jackson, Brian and Ginny try to live their day-to-day lives away from work. As many can attest, a work-life balance can be elusive, without adding systemic racism to the mix.