A Return to Sondheim 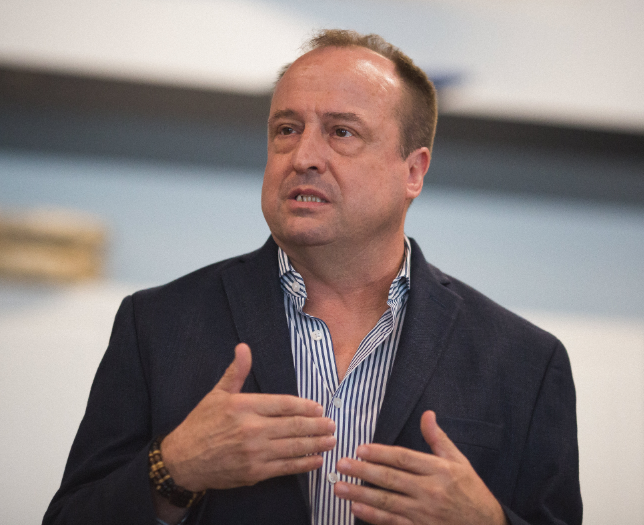 Gary Griffin, inarguably, is one of the leading interpreters of the musical works of Stephen Sondheim for the stage.

The Chicagoan has been directing acclaimed productions of Sondheim’s work since the early 1990s. Now Griffin brings his love of the iconic lyricist/composer to Writers Theatre to direct perhaps Sondheim’s best known show, Into the Woods.

Hailing from Rockford, Illinois, Gary Griffin’s first experience with the works of Stephen Sondheim was during a summer in college when he worked at a summer stock theatre company in Wisconsin. The theatre was staging a production of Side by Side by Sondheim, a musical revue from 1976 that features songs from the composer’s career up until that point. Griffin remembers, “I knew West Side Story and Gypsy and Company but I didn’t know the rest very well. The production played two weeks and I must have gone at least six times because I was knocked out by the material.”

By senior year, Griffin was fully interested in directing and chose to stage a production of Sondheim’s A Little Night Music as an independent study project. It was one of the first musicals the young director ever helmed, and his love for the artform was solidified. Griffin moved to Chicago after college and began directing around town, most regularly at Drury Lane, Court Theatre, Apple Tree Theatre and Pegasus Players. The latter three companies were where Griffin was able to start directing Sondheim musicals professionally. He staged Assassins at Apple Tree in 1996, Company at Pegasus Players in 1997 and then a different Sondheim revue titled Putting It Together at Court in 1997. 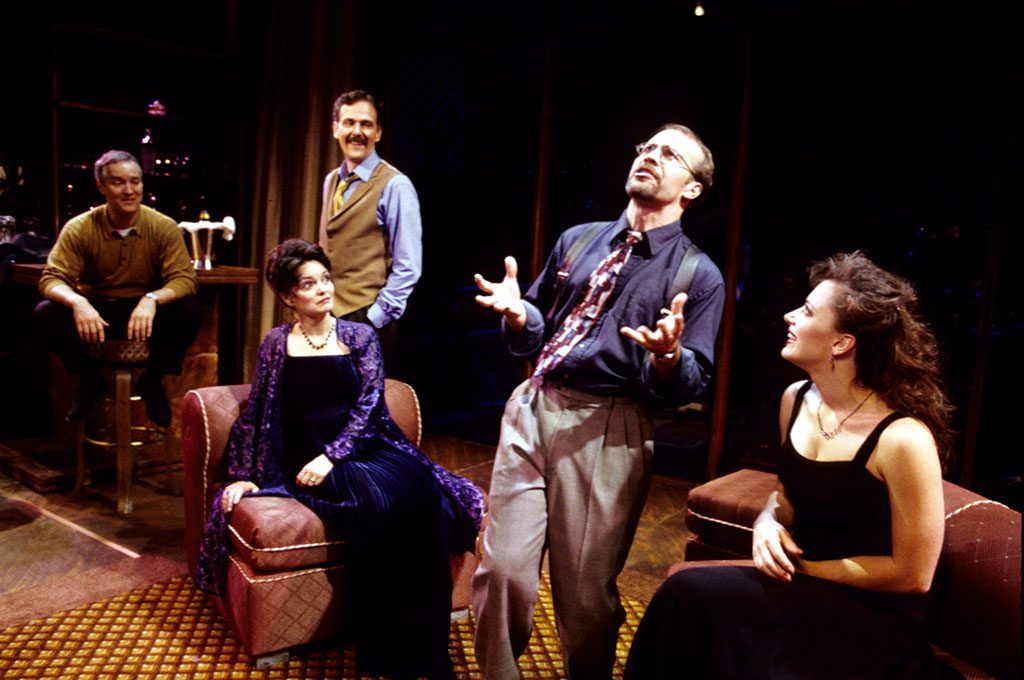 Soon enough, Griffin would get to meet and collaborate with his idol. Sondheim’s very first musical, Saturday Night, which he had written with Julius J. and Philip G. Epstein (also writers of the film Casablanca) based on their play Front Porch in Flatbush, was supposed to be produced on Broadway in 1954 but the production was cancelled after the lead producer died. Sondheim had moved on to work on West Side Story after the cancellation and the show was never produced. Decades passed before Sondheim gave permission for the show to be performed for the first time in London in 1997. Pegasus Players in Chicago, having staged many of Sondheim’s works, requested to stage the musical with Griffin as director. Having heard of Griffin’s success in Chicago, Sondheim agreed, saying as Griffin recalls, “‘I’ll let you do it in Chicago and we’ll orchestrate it there and I’ll do work on the book. I have two songs I never wrote for it.’ He came in, gave really great notes, saw his show for the first time.” The 1999 American premiere production at Pegasus Players gave Griffin his first taste of national attention, more of which was soon to come his way.

In 2000, Griffin joined the staff of Chicago Shakespeare Theater as their Associate Artistic Director. The company had just moved into its new home on Navy Pier with two theatre spaces, the Courtyard and the Upstairs Theatre. “I asked [Artistic Director] Barbara Gaines what her vision was for the studio space, and she said ‘honestly, right now, we’re figuring that out.’ So I started talking about what might be cool to do there and I proposed Pacific Overtures [Sondheim’s 1976 musical about imperial Japan]. I had wanted to do it for a very long time. I had pitched it to several theatres, and no one was interested. Barbara very quickly said ‘we’d love to do it’ and it turned out to be a crazy success.” The 2001 production got a rave review from The New York Times and Griffin took a version of the same production to London’s Donmar Warehouse two years later. The London run won the 2004 Olivier Award for Outstanding Musical Production.

Pacific Overtures firmly established the place of musicals at Chicago Shakespeare Theater, and Griffin as a major force. He would direct many other Sondheim productions at CST over the years, including Sunday in the Park with George in 2002 and again in 2012, A Little Night Music in 2003, Passion in 2007, Follies in 2011, and Gypsy and Road Show both in 2014. During this very successful period in Griffin’s career, he also made his Broadway debut directing the original production of The Color Purple.

Despite this streak of productions, there was one Sondheim musical Griffin wasn’t pitching. “I never had great passion to do Into the Woods,” he confesses. “For a lot of reasons. One is that I like the show very much, but it gets produced a lot. Until I started to dig in and learn about it, I hadn’t seen the challenges you see in other Sondheim pieces. It seemed easier. Which now I know is a stupid thing to say.” While directing at The Muny in St. Louis, Griffin remarked about the outdoor theatre that if he were ever to do Into the Woods, it would make sense for it to be there. The Artistic Director was listening and in 2015 he invited Griffin to direct the show for them, the theatre’s first ever Sondheim musical. “We had an amazing cast, and I had a great time. I loved learning about the show, my respect for it grew, but I was doing a big proscenium production. And I thought that’ll be what it is.” 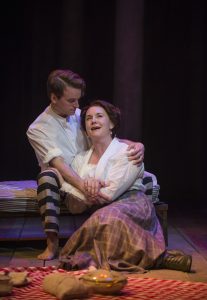 After the astounding success of Parade at Writers Theatre two years ago, Griffin and Artistic Director Michael Halberstam started talking about other musicals the director could bring to Glencoe. “Michael suggested Into the Woods, so I spent a weekend reading the script and looking at Sondheim’s notes in [his book of lyrics] Look, I Made a Hat. It was the weirdest thing; I didn’t know this show at all like I thought I did. Reading it again was so fresh and so exciting. I’m sure it was because I was thinking about how it would land in WT’s space, but I had never really appreciated the stakes of the show, the extraordinary complications the characters face. It’s far closer to Sweeney Todd than I ever realized.”

Now Griffin is completely enamored by the musical he previously hadn’t thought much of.“I think that the language (both in terms of lyrics and music) is precise, sophisticated and about questions of what it means to be human. Sondheim believes in what an audience can grasp and can take on in a theatre. He writes for performers because he loves actors, and he writes difficult music because he respects them. When I think about the body of work at Writers Theatre it’s always about the value of the text. You choose plays with great respect for your audience, for their time, for their involvement. And that’s the essence of Sondheim. His shows are incredibly immersive.”

And even though rehearsal is still currently over a month away, Griffin is vibrating with excitement to get started. “I’m already in the zone, even though it’s a little early on this one. I haven’t done a Sondheim show in almost three years. I’m glad because every time I come back after a break, it kinda comes roaring. Between 2011 and 2016, I did eight productions. That’s a lot! It’s been good to have some perspective. I hope everyone has the experience with Into the Woods I did, which is I didn’t really know it and wow.”