The Power of Place: An Overview of Black History on Martha’s Vineyard

Just off the coast of Cape Cod lies Martha’s Vineyard, an island of pristine beaches, colorful gingerbread cottages, and boating docks that has been described as “delightfully stuck in time.” 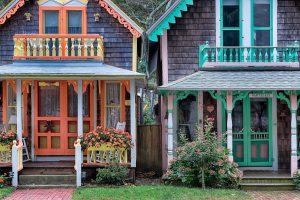 A Gingerbread cottage lined street in the town of Oak Bluffs. Photo courtesy of Wikipedia Commons.

The Vineyard has long been a famous getaway and resort for the elite, having been frequented by past presidents such as John F. Kennedy, Bill Clinton and Barack Obama. Obama’s visit also spoke to the island’s historical significance to African-Americans. At least five generations of African-American creative and professional classes have spent their summers on Martha’s Vineyard, and the town of Oak Bluffs has become a landmark that black families have read about and aspired to visit.

Originally inhabited by the Wampanoag people, The Vineyard was purchased in 1641 by Englishman Thomas Mayhew. At the time, the island’s population consisted solely of European and Native American people until enslaved West Africans arrived in the 1600s, working on the farms of European settlers. Farming, brickmaking and fish smoking were the common industries in the 18th and 19th centuries before a thriving whaling and fishing enterprise developed in Edgartown. The whaling industry created great prosperity for Martha’s Vineyard and was known as the great whaling boom. During the Victorian Era, the Methodist Revival came about, and they founded the town of Oak Bluffs. The Methodists also introduced the idea of summer vacation excursions on the island, transforming it from a fishing island into a tourist destination. 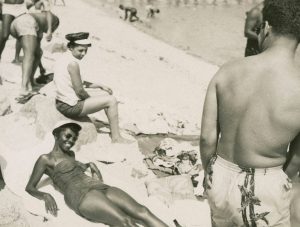 In 1912, Charles Shearer, a son of a slave and her white owner, turned one of the cottages in Oak Bluffs into the very first inn for black vacationers. He saw a business opportunity to provide a safe haven for black folks who were otherwise unwelcome on the rest of the island. Successful African-Americans arriving from all over the country began to transform Oak Bluffs into their second homes. In fact, Maya Angelou described Oak Bluffs as “a safe place where we can go as we are and not be questioned.” During the Harlem Renaissance, black writers would often visit Martha’s Vineyard for inspiration. Inkwell Beach pays tribute in its name to Oak Bluffs’ rich literary history as well as referencing the beach-goers’ black skin glistening in the sun, similarly to ink. Shearer Inn eventually attracted the likes of actor Paul Roberson, singer Ethel Waters and composer Harry T. Burleigh, who were among the greatest artists of black society. It was possible to discuss race, religion, class, faith and duty with ease in Oak Bluffs, making it one of the few places where the black elite could be authentically themselves outside of their homes.

However, the same cannot be said for the rest of the island. Though Oak Bluffs is known for being a home to the African-American elite, a history of segregation and classism was prevalent throughout Martha’s Vineyard. Blacks historically resided on the north side of the island in Oak Bluffs, while whites settled on the east side of the island in Edgartown. Though segregated, discrimination on the island was not outwardly displayed. Any racism on Martha’s Vineyard took place behind closed doors. Skip Finley, columnist for the Vineyard Gazette, shared how “racism wasn’t out front; people regulated it through the codicils on their homes.” In 1955, Skip’s father had to purchase their home on Martha’s Vineyard from his lawyer because the owner would not sell it to him.

In recent years, Martha’s Vineyard was given the nickname of “The Black Hamptons,” due to its popularity as a place for wealthy African-Americans to vacation. Members of the most esteemed black upper class organizations such as The Links, Sigma Pi Phi Boule, Jack & Jill and the Guardsmen gather there every year. Visitors often meet people from all over the country that in one way or another have a connection to them, an occurrence known as “Vineyard Magic.” 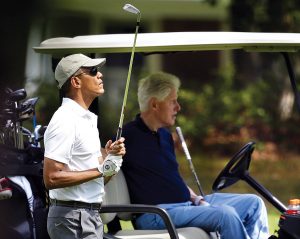 Recently, the Vineyard has become so expensive that fewer people can afford to visit, let alone stay for the summer. A cottage in Martha’s Vineyard costs six times the average national mortgage. It has become less accessible even for the locals, with rent today averaging between $1,600 a week for a summertime cottage and $11,500 a week for a more luxurious rental. Elizabeth Gates, a writer and the daughter of Black scholar Henry Louis Gates Jr., states how there is an ‘at least I can afford to go to Martha’s Vineyard’ mentality. The Vineyard is now seen as a badge of honor.

Oak Bluffs holds such immense power for the black community that the National Museum of African American History included it in their permanent exhibition, “Power of Place.” The exhibit shows how “places are secured by individual and collective struggle and spirit. Place is about movement and migration and displacement. Place is where culture is made, where traditions and histories are kept and lost, and where identities are created, tested, and reshaped over time.” Stick Fly, a play centered around a black family, is set in Edgartown, the historically white town. The LeVays are an anomaly for Edgartown, even in 2005 when Stick Fly takes place. In 2006, Stick Fly made its debut in theatres and then, due to its success, it opened on Broadway in 2011. Having a play like Stick Fly reach the heights of Broadway cements the legacy of Martha’s Vineyard to black Americans. Through her play, Lydia R. Diamond reminds us of the continuous battles between race, class and duty being fought behind closed doors