Bobby Kennedy: Where did you first encounter Sam Shepard’s work?

Kimberly Senior: The very first play I ever directed was Cowboy Mouth. I was being trained in a very literature-based way. I had read a lot of well-made plays… And then I came across Sam Shepard and I was like, “What is this!?” It seemed to both know the rules and then break them. That was the thrilling thing to me. This is the type of artist I would like to be. Where I want to be able to know and respect the things that have come before, and I understand that they are essential in the making of art; yet, how do we push the form? And when I say the form, yes, I mean dramatic structure, but I also mean the form of how people behave. How do we take it a step further? And what does that look like, and how is that still recognizable to us? How can we still appreciate it, but see that it has gone even further? It was Steppenwolf’s True West that moved to New York that made me even know Chicago was the place to do theatre because this was pre-internet. The summer I moved to Chicago was the summer that Steppenwolf did Buried Child, and I was an intern there. It was a thing that kept coming for me and finding me in some way and something I would always teach and reference back to. I haven’t directed any other Sam Shepard plays. I have read them all, and I’ve seen and taught them all. He’s been this shadow muse for me.

BK: What is it about Buried Child that made it the one for you, having not directed a Shepard play in so long? Why this play?

KS: Honestly where it started was Mark Montgomery and Larry Yando and Shannon Cochran and I were like, “what play could we all do together?” Mark and I have been talking about Sam Shepard for many years, and I have always felt that Shepard belongs, not only in the Greek canon, but also in the line of Chekhov and Ibsen of theatre plays that make it seem like nothing happens and everything is happening, and these things that are incredibly high stakes, people unable to behave. What are the social requirements of the world that they live in versus what they are able to do? This play in particular became more and more important to me, specifically because of our divided America, which I feel is present in a lot of Shepard’s plays. That he himself was divided. How am I this Hollywood movie star and successful artist, when all I really want to do is hop on the back of a bike and be dusty and talk to people and shoot guns? This play is about the forgotten people, who are not able to catch up or who we are leaving behind. I’m not exactly sure who’s responsible, but I’m hoping to understand that as we go here. 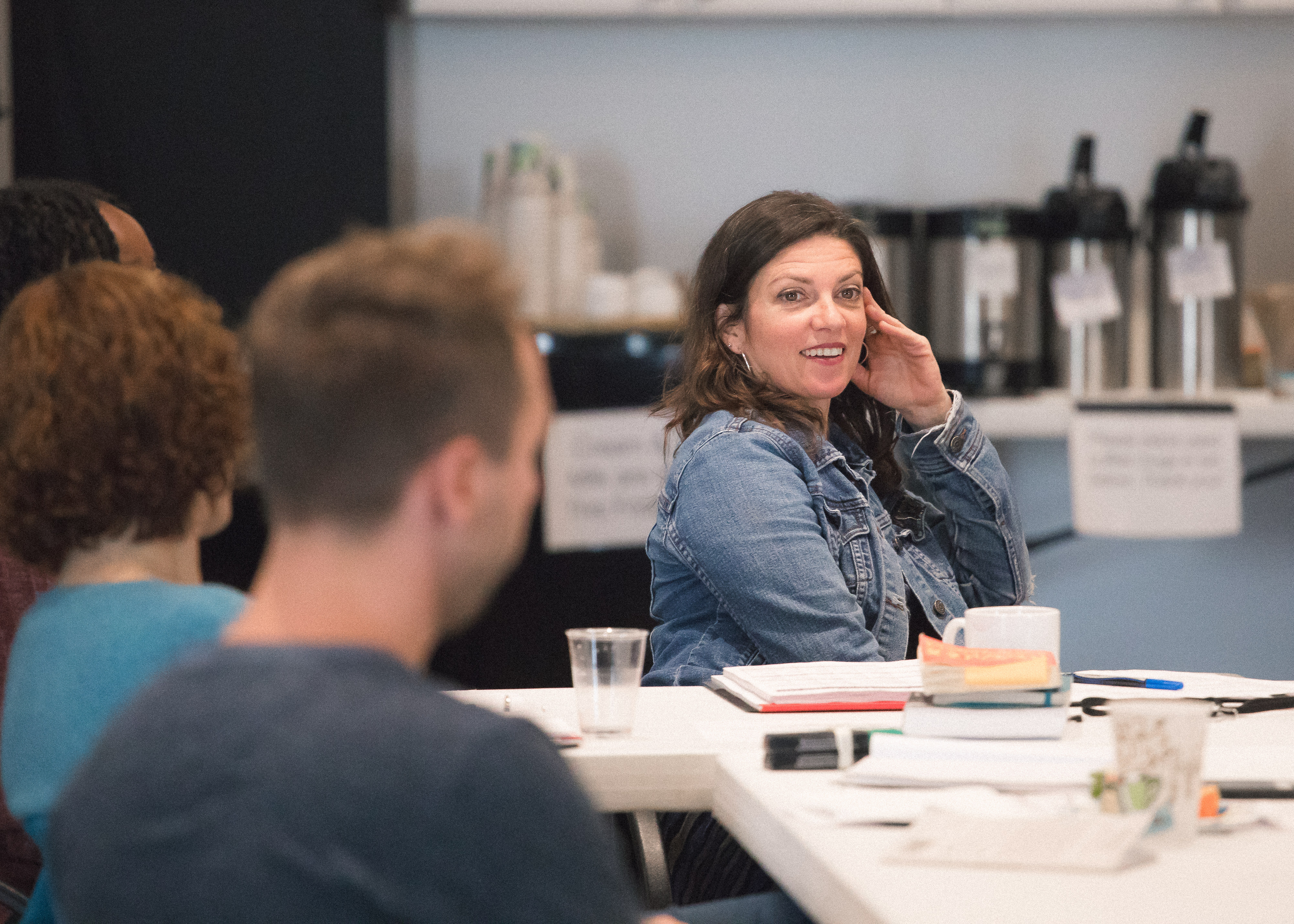 BK: How is the world as it is in 2018 going to inform your approach to this play that is now forty years old?

KS: When I’m doing work that was written centuries or decades ago, I still understand that we are watching it, sitting in 2018. So I approach the work feeling very much that it is a contemporary play and it is a world premiere every night. Because of the world that we live in now, my lens on the play is very different. It feels to me like Shelly’s play now in a way it has never felt before in my over 20 years of reading it and encountering it. Shelly walks in, and there are all these different types of men, and they challenge her over and over again. She is a threat to them. The way they treat her shows me how much power she has. And I know that is informed by the moment that we’re living in. I’ve never thought that before and now I’m like “it’s here, it’s 100% in this play.” They have all of these different tactics to try and destabilize her, and they don’t win. This woman has this power that she was not aware of. And perhaps in the 1970s and 1980s and 1990s and 2000s and 2010s we, women, were not aware of that power…So the question for me is why is she so threatening to these men? She doesn’t do anything. Why is her presence a threat? These are all these questions that I’m asking now that are so exciting to me.

BK: What is it about this group of artists you’ve assembled that has you excited to start rehearsal?

KS: Oh my god, I can’t wait! I’m also terrified. There is so much personality in my room. It’s interesting because in this cast, I have worked with Mark and Tim, but I haven’t worked with anyone else, which is rare for me, especially when I come home to Chicago to make a play. Shannon Cochran and I have been trying to work together for twelve years. And Larry…I don’t know that I’ve seen anybody in more plays than him. I have been watching him for 20 years, which is really thrilling to me…Allen and Shane I’ve known for a couple years now too. Arti is the only one completely new for me. There’s like a feral, hungry quality in every actor in this play.