Hallie Gordon: Under a Microscope 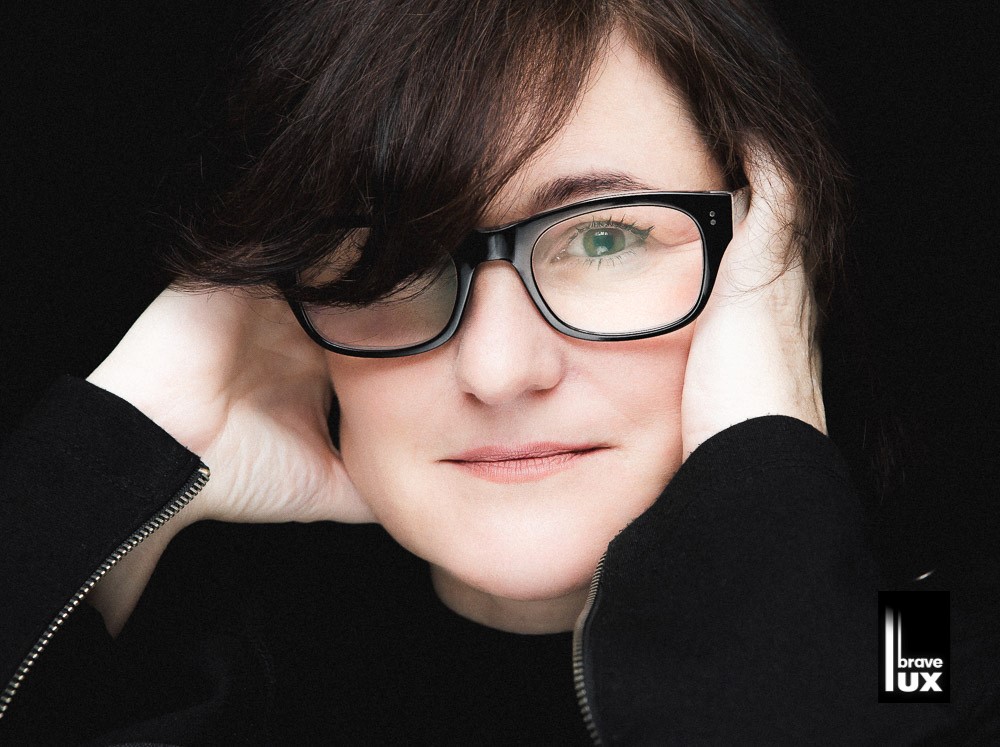 Bobby Kennedy: How did you first become interested in theatre? Did you always want to be a director?

Hallie Gordon: I started out as an actor, as many of us do, since that’s the most visible aspect of the art form. The longer I did that, the more I noticed myself becoming captivated by the overall story and how best to tell it, rather than the arc of a single character. Plus, my mom always said I would be a director, because I was bossy as a kid!

BK: What brought you to Chicago? How did you get your start directing here?

HG: I went to school in NYC with several people who were from Chicago, and they asked me to move to Chicago to start a theatre company with them. At that point I was tired of living in NYC. It was difficult financially to make ends meet, and I wanted a change. The best education in theatre I ever got was starting my own company. I wouldn’t trade that experience for the world. I have lived in Chicago for over twenty years now, and I am still truly in awe of all the amazing energy this town has for theatre. It’s a wonderful supportive community, going through a lot of important changes—grappling with important, foundational questions of inclusion and equity with a lot of courage and grace.

BK: In addition to directing, you also work as an Artistic Producer at Steppenwolf Theatre Company. Can you tell us about your role there?

HG: I love this role, because I get to support other artists in their work. I’m in the conversation that brings a play from the page to the stage. I work with development, marketing, production, designers, actors, writers, directors. I learn so much and it’s a pleasure to be able to amplify and showcase the work of so many talented folks. A big focus is making sure that the artistic vision of the director is fully realized and that the organization is supporting that. I admire Writers Theatre and their mission of supporting its actors and artists. It’s such an important part of being able to create something wonderfully risky for the artists and for the audience—when we all know the institution hosting us has our backs, we are free to make our most audacious work.

BK: When did you first meet playwright Lydia R. Diamond? What was it about her work that first appealed to you?

HG: I met Lydia around 2003; I was looking for someone to adapt Toni Morrison’s The Bluest Eye for Steppenwolf for Young Adults (I am also Artistic Director of that program), and our Literary Manager recommended her. We met and instantly hit it off; I have a huge amount of respect and love for her, as an artist of great skill and as a person of great conviction. After the success of The Bluest Eye, we wanted to keep working together, so we did another show called Harriet Jacobs, based on a fascinating and heartbreaking memoir—one of only a handful of surviving accounts by a freed female slave. I am just thrilled to have the opportunity to work with her again.

BK: What were some of your first thoughts upon reading Lydia’s newest play?

HG: I thought it was some of Lydia’s best writing. It’s a very complex and challenging play not only because of the subject matter, but also the structure of the piece. I found it interesting that these characters are constantly missing the point of what the others are trying to say or do. They are all so fantastically smart, so much in the thrall of their own lively minds, that they forget what it means to be fully human, to be moved by someone or something, to remain open to the influence of others. Each is filled with and driven by their personal agenda. I love the fact that it takes place on the cusp of Obama’s election, which feels like an impossibly long time ago. There was such a buoying sense of hope for so many of us, yet it is a reminder of just how cynical we were then. 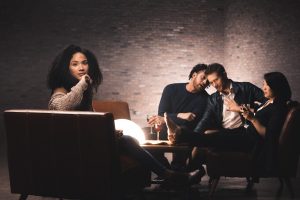 The Cast of Smart People.

BK: Smart People will be staged in the Gillian Theatre. In what ways are you looking to take advantage of the intimacy of the venue?

HG: I love intimate spaces, it really puts the entire focus on the storytelling, with no element of spectacle—the actors can explore nuance that might get lost in a bigger venue, the audience is granted the sense of being immersed in the narrative to a degree not possible in a larger auditorium. I want to create an environment that not only feels like the characters are under a microscope, but that the audience is observing, almost complicit, in this experiment of human behavior around race. In fact, I think given the current climate, this charged and thorny topic virtually demands this level of can’t turn-away scrutiny. It’s complicated. Messy. Funny. And tragic.

BK: What do you most hope audiences take away from seeing the play?

HG: This question is always a tough one for me. I had a conversation with Lydia about a part in the play that was making me feel very uncomfortable and her answer to me was something along the lines of, “yes, I’m sure from a white person’s perspective it is uncomfortable.” Which was not easy for me to hear but was fully necessary for me to make the empathic leap necessary to fully appreciate her position. I guess I hope that the audience will sit in the discomfort that is an inevitable consequence of exploring such a raw subject. In fact, I’ll go further to suggest that if we cannot withstand our own individual discomfort and anxiety when provoked on these difficult questions, then the likelihood is slim that we’ll make any kind of substantial or sustained progress in eradicating racism. I have no intention of making people squirm for its own sake. But if, while squirming, audiences find themselves better able to examine their own relationship to fraught concepts, then such squirming is worthwhile. My hope for this piece of intentionally provocative theatre is that it serves as a starting point to talk about why we feel that way, and to examine our own beliefs about the world.