Literary Manager Bobby Kennedy and playwright Theresa Rebeck discuss her writing career and the inspiration for The Scene.

Bobby Kennedy: You’ve had dozens of plays produced in the past 25 years and it seems rare that a season goes by without a new play written by you playing somewhere around the country. What was it about writing for the stage that first intrigued you? What about it continues to fascinate you?

Theresa Rebeck: I am compelled by the theater for so many reasons, it is sometimes hard to remember them all. I find it to be a strikingly beautiful art form. I like the dimensions of the stage space; I like the way light and sound and time interact with human emotion and I also like straight up story telling. I like audiences; so many people entering the space with the hope that something will shock them or make them laugh or break their hearts. And I like actors so much. It’s extraordinary to me, how deep and complicated and nuanced the work becomes when they live it. I can’t get over how strange it is to start with nothing and then have ideas start to form and the next thing I know there is such a rich and humane event that engages so many people. What’s not to like? It’s a complete privilege to work in the theater.

BK: The Scene was written and first produced in 2006 at Actors Theatre of Louisville’s Humana Festival of New American plays. Where did the idea come from and what were you trying to speak to with the play? 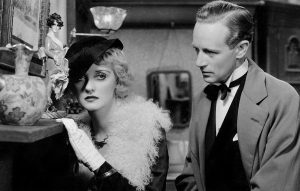 TR: One night I was watching Of Human Bondage on the TV and I found it fascinating. Leslie Howard plays this guy who has a club foot and he wants to be an artist but then someone tells him he doesn’t have a gift, and he becomes a medical student, and then he meets Bette Davis who plays a kind of evil waitress who more or less destroys his life. And it was so clear to me that he was just completely self-destructive but that in that story self-destruction was presented as a kind of passive, unaware event, and I thought the people I know who destroy themselves do it with much more ferocity. And I also started thinking about the actors I know who become overwhelmed with self-loathing right around the moment they turn 40, how much fear and dread they have to face when it looks like they’re not going to become a mega-star, or when they go through a dry spell—actors who depend on their own talent and courage to do the work, really have no place to hide. There’s a terrible cruelty in our business which can really assault every shred of personal pride, and it never stops. So, I was thinking about all of that and then I met this girl at a party who was so unthinking and sure of herself, and she seemed to be utterly unaware of a larger universe and she scared the shit out of me. And then one thing led to another.

BK: Here we are ten years later, and you expressed a strong desire to see the play revived. What has changed in the intervening years that makes the play equally or even more relevant? Or is it more about what hasn’t changed?

TR: Ultimately, I think the play really is about the human terror of being insignificant, of life passing you by, and the way our media culture grinds us all down with that fear. I think the shocking anger of our country is about the way people feel when they think they have been overlooked. And that’s gotten worse, not better. 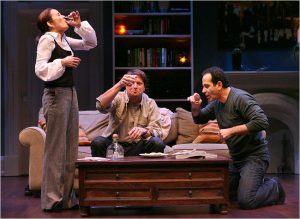 TR: Well, I think that if you can get people listening on a deep level, the laughter rises out of recognition and so they listen harder. I have never thought that comedy was anything that left any of us off the hook. So, it feels like something mighty to me. A way to keep going. Instead of collapsing in the face of disaster, we laugh.

BK: What else have you been working on recently in theatre, TV or beyond that you’d like to tell us about? Or what do you spend time doing when you’re not writing?

TR: I have a novel that came out just recently in paperback that is very funny and human and very much about the way the Coasts and the Midwest have failed to understand each other. I was really trying, when I wrote it, to weave the America that I have seen and lived in, into a ripping good story that’s a little like Sister Carrie meets Middlemarch. It’s called I’m Glad About You.