Literary Manager Bobby Kennedy sits down with director Gary Griffin to talk about his relationship with composer Jason Robert Brown and what has brought him to Writers Theatre to direct Brown’s musical, Parade. 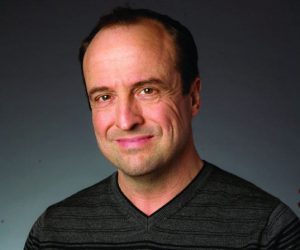 Bobby Kennedy: Can you tell us about your history with composer Jason Robert Brown and how you became involved with the 2015 concert reading of Parade at Lincoln Center?

Gary Griffin: I worked with Jason [Robert Brown] first on Trumpet of the Swan, which is a concert piece with an orchestra and actors, at the Kennedy Center in 2008. And then subsequently, we worked heavily on Honeymoon In Vegas for a few years. We did Honeymoon in an out-of-town tryout in 2013, and were getting ready to do it on Broadway, and he called me and asked me about this concert performance of Parade in New York. I have to say, it was one of the most flattering conversations I’ve ever had, because I know how important the piece is to Jason, and I knew to do it again in New York City was going to be a big deal. It was incredible but of course with incredible honor comes incredible responsibility so I also had a little freak out like “oh my god.” We had about a 50-piece orchestra, a 200-person chorus. We presented it for one night, and it was one of those performances where it went by very fast, but it does allow you a little taste of the piece. I already loved Parade, but to work on it and learn about what’s behind the writing from Alfred and Jason felt like the greatest tease. I made a point that now I really need to do a full production of this and share what I learned from the creators. Michael Halberstam and I are always having conversations about work, and I came back from that experience and said, “I would really love to do a production in Chicago.” It was something that just felt right for many reasons. Particularly, to really find the essential production that I was hoping to create at Writers. And happily, Michael jumped on board and shared the same enthusiasm for the material and the intent. 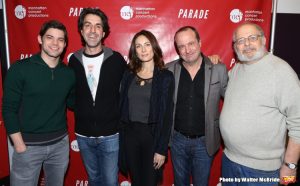 BK: How are you approaching the piece for the Nichols Theatre at WT?

GG: What we’ve done is designed the production very specifically. I can’t think of any other theatre it would work in; we really have embraced the environment. The feel of the production has to do with the ingredients and the sort of intrinsic power of the piece; not that you do expansion or reduction. I hate both of those words. It’s about finding the scale that is accurately suited for the experience, so the show has the greatest power in that environment with that number of people. I did Parade for 3,000 people [at Lincoln Center], but I know that it can also be smaller. There was something essential to me about this scale that I thought “this is an opportunity to present the epic language of the show at the same time as a very, very personal, private, intimate world of the show.” And this is very much in response to the theatre that WT has created. It is an opportunity to give voice to both aspects of the piece.

BK: For being someone so well known for their direction of musical theatre, WT audiences have only seen you work on plays here before. Do you approach directing a musical any different than directing a play?

GG: I think that question’s kind of lovely. Because most of my life I’m telling people, “hey I do plays!” To have someone say, “can you talk about the fact that you direct musicals?”–it’s great. Well, I approach them differently somewhat based on what their demands are. Stories that I think make effective musicals are stories that are harder to contain with just words. The story is asking for a more heightened expression. Then you add music, and then if it’s even more heightened you add dance. You can “musicalize” anything, but the stories that really effectively work as a musical are the ones where you sense that the characters’ souls say “tell me with more than what you’ve got available.” And that’s what makes a great musical.

BK: Is there anything in the piece that you are finding particularly resonant today, almost 20 years after it premiered? What do you hope audiences will take away from seeing it?

GG: I’ve done a lot of plays, and this seems to be a theme of mine, about very charged trials. I did Never the Sinner, which is about Leopold and Loeb; I did Execution of Justice with Dan White and Harvey Milk. I’m somewhat drawn to these pieces. Because we’re removed from the hysteria of the trial in a way, maybe we can hear more, we can understand more of what seems to be an unconscionable result. How did that happen? It didn’t happen from a dramatic villain, it happened out of human beings being human beings. One of the reasons I really wanted some of the audience on stage was I wanted to keep the awareness that we’re all in the same room. It isn’t those Southern people up there who are separate from us. Those people are at the parade, they’re at the trial. And we were at the parade, we were at the trial. These were not Hollywood villains. The men who lynched Leo Frank were not Hollywood villains. They were people who were trying to deal with a problem. And what we’re attempting to do with the design is to make the room very bright, so all of us are in the space, negotiating about what to do with this man. A lot of great plays are about a threat to a way of life. Many of us right now feel a threat to our way of life, and I think that’s why Parade feels relevant now. What happened to Leo Frank is the way people respond when their way of life feels threatened. 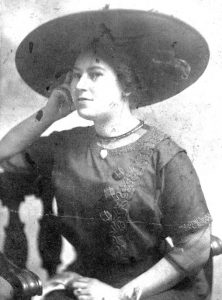 BK: But the musical is not just about prejudice and violence, is it?

GG: No, one of the big things that is very important to me is that there’s a love story that permeates this play. The Franks in the beginning are struggling. Then this awful thing happens, and it unifies them and grows into a powerful love. We never would have known this love story if this awful thing hadn’t happened to them. If this were a classic American musical, Leo would be released and go home and that would be it. But because of humanity, he doesn’t. And the play asks one more question: what does this woman do with all of this? It is to me Lucille’s story. A woman who sees herself as adrift and ineffectual becomes a powerful person. Love wins in this play. The fact that, even in the end, Lucille still believes “I am Mrs. Leo Frank.” That’s the story.