Early in our design process, as the site plan and building layout began to take shape, Studio Gang suggested that they’d like to re-use as many of the trees removed from the Woman’s Library Club site as possible within the new theatre building. The Village of Glencoe connected us with Bruce Horigan of Horigan Urban Forest Products who specialize in milling site harvested and local trees for building projects.

Bruce met with Studio Gang and prepared an inventory of the trees on-site and specifying the amount of lumber he would be able to make from those trees for use in the new theatre building. The three species of wood which were most plentiful were White Oak, British Elm and Siberian Elm; Studio Gang used this information to influence their suggested wood species for use in the lobby and public areas of the building, as seen in this rendering of the lobby and accompanying sketches: 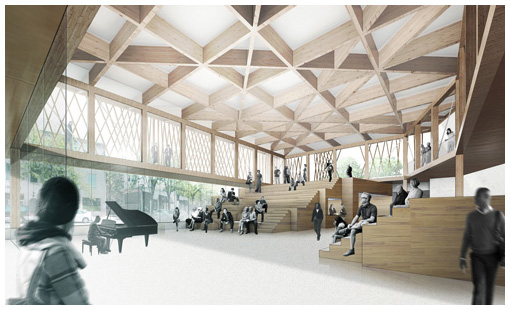 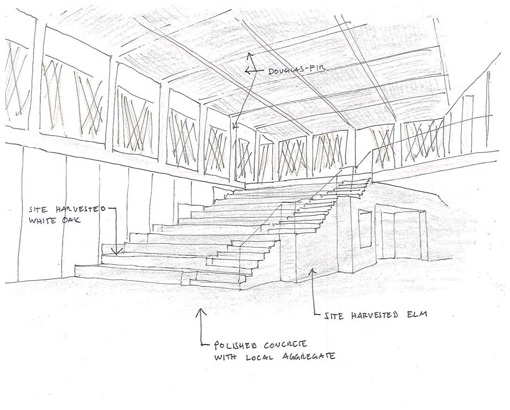 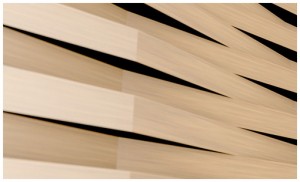 As the design process continued, Studio Gang presented details of the “weave” pattern that some of the interior wooden finishes would be designed to look like. 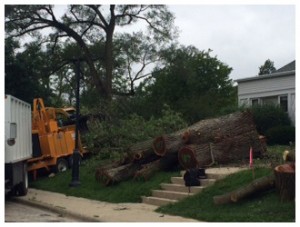 In early September, the trees were harvested and brought to Bruce Horigan’s mill in North Chicago, where they are waiting with other local trees from Glencoe and Winnetka, which may be used to supplement the quantity from the Woman’s Library Club property. 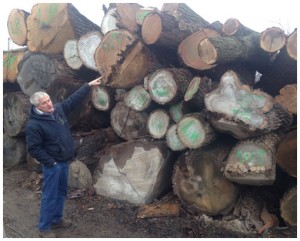 They will then be sawmilled  into large planks. Here’s a close-up of one of our British Elm trees being milled. 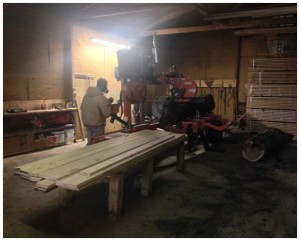 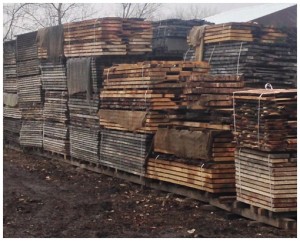 Once the trees are milled, they are palletized and stacked outside to begin drawing the moisture out of the planks. They are then transferred into a kiln, where they will remain for a month, in order to reduce the moisture content in the wood to an average of 8%. When the lumber is dried, it will be shipped to Cain Millwork, who will mill the wood into its finished pieces and install them in the lobby and public spaces of Writers Theatre’s beautiful new home!