Closing The Scene: A Wild and Wonderful Ride

Kristen Osborn, Assistant Director of The Scene, shares her final thoughts on the production as it prepares to close on April 2nd.

As the Assistant Director for The Scene, I got to come into work each day and witness a team of incredible artists at play. The exciting thing about having a career in the theatre is that the boundaries between work and play often blur; I’d find myself thinking from time to time just how lucky I was to be in the rehearsal room, alongside director Kimberly Senior, at the incredible institution that is Writers Theatre, diving into the always-surprising world of Theresa Rebeck’s The Scene. 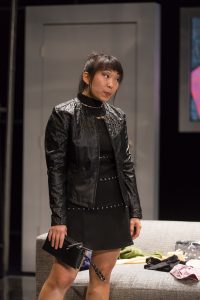 Deanna Myers in The Scene.

“There are no hugs in this world,” was a phrase that Kimberly used to describe the production on our first day of rehearsal, and it was one that we would revisit at various points throughout the process. When visited by Theresa just before previews, we were encouraged to take this phrase, this lack of hugs, even further–allow it to get ugly, remove the civility, embrace the cruelty. Theresa told us to “notch it up” and we did! And the more we dug into the conflict between the characters and their destruction, the more we found ourselves laughing at the situations onstage. There was something remarkable and sizzling about the action we saw unfolding before us. In a 2006 interview with Bomb Magazine, Theresa said, “There’s a rawness to [the play]. It has to be very, very dark and very, very funny… I honestly believe that the act of finding humor in real despair is both courageous and life-affirming. Some people think that comedy is a less-serious form than drama. I would say, far from it.” This quote proved illuminating in our approach to the production as a whole.

As we continued to work through previews and opening, I grappled with another aspect of the beauty and complexity of working in theatre: everyone will have a unique reaction to what’s presented on stage. Audience responses were extreme—from immense love and appreciation to near-outrage and shock. It was exciting to hear how passionately audience members felt about the show. Again, I came back to Kimberly’s phrase “…no hugs,” and Theresa’s wisdom about life, how sometimes it’s raw and not warm and fuzzy and all we can do is find laughter in its tragedy. It dawned on me that the story we were telling—this edgy surprising hilarious biting piece of work–wasn’t going to please everyone, and that was ok because regardless of whether the reaction leaned in a positive or negative direction, we were engaging the audience and starting a dialogue about what it means to be a human and make decisions. That was a meaningful discovery.

I had the pleasure of hosting a post-show talk following one of the performances, and I was delighted at the range of responses that came up in our discussion. One patron was taken aback by the actions of Charlie, another questioned the moral character of Clea, her decisions and how she navigates her life. And I realized, in leading this discussion, that we had succeeded in our journey to bring The Scene to life. One of our primary goals as theatre artists is to put something before an audience that will inspire them think about the world that they live in even after the metaphorical curtain comes down, and I think that we accomplished that in our production of The Scene. I am proud and grateful to have been a part of it—it was a wild and wonderful ride. 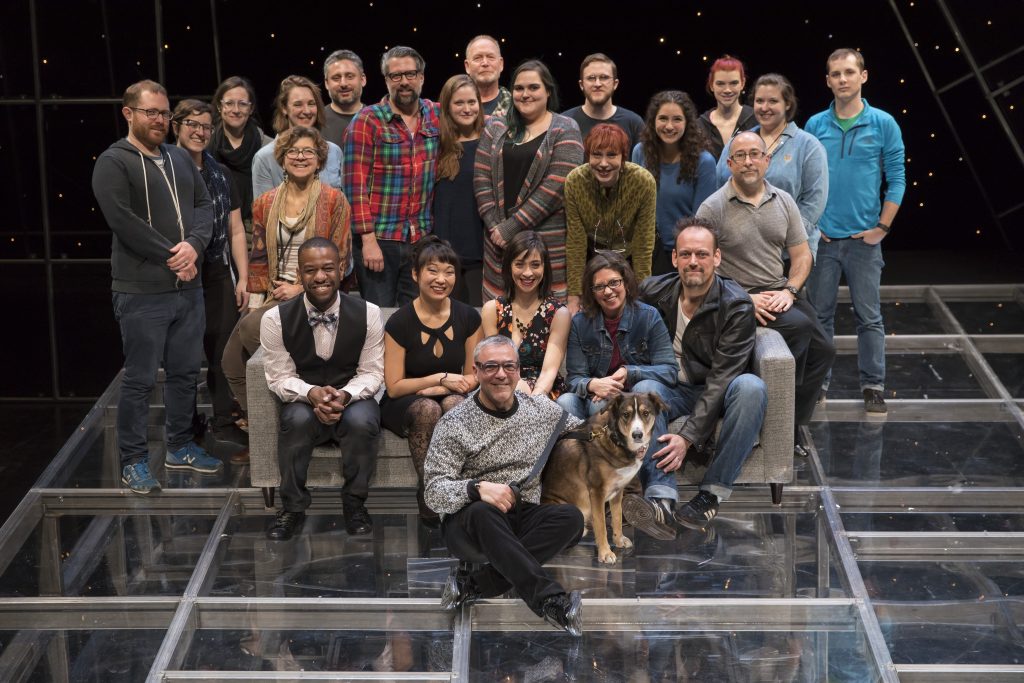 The company of The Scene.