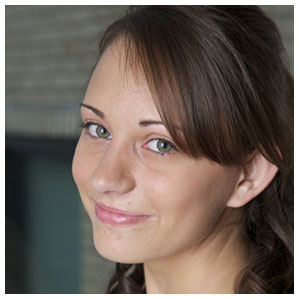 One of the least understood roles in theatre is that of the assistant director. Partially, that is because it varies so much from show to show and even day to day.

One part of my job is making sure that the director is able to be present and fully engaged during rehearsals. If I can take care of more mundane tasks, Kimberly can place more focus on building the play with the cast. This is the part of the job that makes me feel most nurturing. It includes checking in with stage management at the end of the day to make sure there are no additional questions, making Kimberly’s coffee once she gets to rehearsal, sometimes grabbing a multi-grain twist from Foodstuffs for her on my way, and getting to rehearsal early to anticipate anything that may need attention before she arrives.

I see the second part of my job as being an advocate for the play. I met with Kimberly before we began rehearsals and design meetings in order to learn about her vision for the play. I learned what excites her most about it, what challenges she saw in the script and where she sees it taking an audience. Although these ideas nearly always adapt throughout the process, it is a touchstone for me artistically. I am able to compare those ideas with my own analysis of the play and often learn a lot about my own abilities by identifying where our ideas align and where I may have interpreted a moment differently. While watching rehearsals I see how those ideas shift and grow with the inspiration of the cast and designers. During discussions about scenes and motivations, I speak up and contribute my perspective when it seems most valuable. Then I send my notes from the day to Kimberly. It’s always satisfying to see her contemplate them during the following rehearsal and apply them when she sees fit. In many ways, this is the most gratifying part of my job because I get to be directly involved with making the play.

Assistant directing is also a really valuable learning experience. I get to observe a powerful director in her element. I often pick up tips and ideas along the way. This process has been particularly enlightening because we have such an amazing cast and team. I’ve gotten to watch my notes applied by hardworking, intricate and thorough actors. I get to see their characters have a complete change flash across their face in an instant and know how much time and work went into that fleeting moment. I also had the honor of running a portion of our rehearsal before a preview – something that I had never done before.  It is moving to have the team’s trust.

I am proud to be a part of this meaningful show.