The actors of Marjorie Prime discuss their intimate and personal connections to the stories of each of their characters. 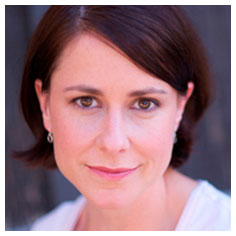 Kate Fry (Tess):
“I am both excited by and wary of new technology. One by-product of technology that I find the most confusing is hyper-connectedness. We can get in touch with anyone at any time, and we are expected to be reachable 24/7. This can be very helpful—I’m thinking of medical professionals, parents and caregivers, educators, law enforcement workers, etc. But it can also be irritating. What if you don’t want to be reached? What if you want privacy? What if you really need quiet? The other aspect of technology I find interesting is that it has become the ultimate authenticator of experience. We don’t really feel like we have a strong opinion unless we post it. We don’t really feel like we’ve had a vacation until pictures of it are on Instagram. We don’t even feel like we’ve been to a good party without dozens of people seeing evidence of our attendance via social media. This is sad to me. But it is also very human. The constant desire for validation, for approval. That desperate need to feel seen, and therefore recognized and valued (hello, actors). It is part of the human condition. It has been around long before smartphones, and it will remain so when your iPad is a relic of the past. Ecclesiastes got it right: there is nothing new under the sun.” 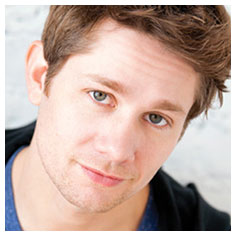 Erik Hellman (Walter):
“I watched my grandmother die of Alzheimer’s. Though, in truth, she died of some lesser ailment that the family, collectively, decided it was better not to treat. It was time, we said, she wants to let go. Ever since I have wondered: What is the last thing that time takes from us before what is left isn’t worth holding on to anymore? At the time I thought it was personality. My grandmother was vibrant and restless. I never saw her watching TV or even sitting down to eat a meal. Towards the end of her life, when those were the only activities available to her in the nursing home, she became unrecognizably sedentary. That was the first indication to us that “it was time.” But what if you could keep that personality alive after the body that contained it expires? Would it give you comfort? Would they, in some way, still be alive?” 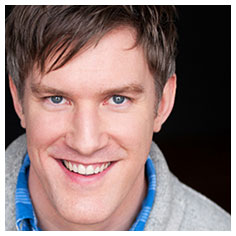 Nathan Hosner (Jon)
“I love my smartphone. There, I said it. As an actor who frequently travels for work, it’s an essential part of me staying connected both professionally and in my personal life—but at what cost? I was recently at a weeklong wedding celebration on an island off the coast of Seattle. After disembarking the ferry my smartphone ceased to be so smart and was reduced to occasionally sending and receiving text messages if I held it just so—I found a tee-pee in an open field offered the best reception—and internet access was simply out of the question. Suddenly, I couldn’t Google something if a question arose. I had to get directions instead of typing my destination into Google Maps, and without email or social media I found myself smack dab in the middle of my immediate present. Now, anyone who has been to the coastal Pacific Northwest knows that particular neck of the woods is pretty spectacular when it comes to natural splendor, but with my eyes up and away from the screen I was overwhelmed by it all—the sights, the sounds, the smells. Most beautiful of all were the people I found myself surrounded with—their smiles and stories, their laughter and listening. Did I take pictures that week to share on Instagram when I returned to my wired life? Sure. Do I still spend too much time on my phone now? Probably—but after that week of unplugged island magic I try and look up from the screen a bit more often, to the quiet and vitality of the present moment. I still love my smartphone, though.” 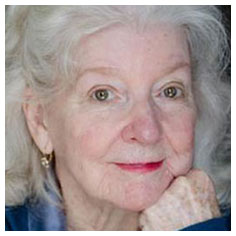 Mary Ann Thebus (Marjorie)
“My aunt (my mother’s twin sister) suffered from dementia as she reached her middle eighties. My mother, interestingly enough, did not. Since they lived together in the early stages and later nearby when my aunt was in a care facility, I got to see her a lot and witness not only her slow decline but also the many fascinating aspects of someone hit by this disease. Once offered the role of Marjorie, I immediately returned to those memories, not so much to copy as to understand and learn. Yes, there were many sad moments in witnessing the decline of this quite fantastic woman (she was the Director of Public Housing for the country appointed by Kennedy and later worked with Johnson as well; she was a learned, smart, competent and very funny person). But there was also much that was amazing in terms of her recall, her humor, the unexpected comments and her continued joy in being reminded of things, of telling stories, of being a chain smoker, and the continuing rivalry with my mother. Being my mother Peggy’s twin, I asked my aunt once how old she was. She responded, “84. I don’t know how old Peggy is but I am 84.” She actually was making a joke about my mother’s need to appear young even as she ages (my mother was a politician after all). So even though there were increasing lapses, somehow her humor, her spunk and countless memories remained. This is true of Marjorie too I think, so I will draw on these memories to help me understand and create my own Marjorie. It will make the process richer for me and hopefully for the audiences as well.”