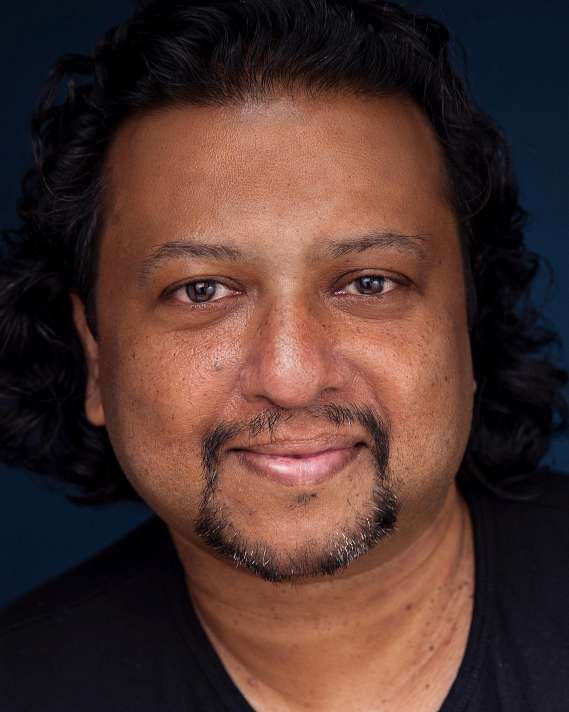 Alaudin Ullah was a trailblazer for the past two decades as one of the first South Asian comedians featured Nationally on HBO, MTV, BET, PBS, and Comedy Central.  Limited by negative stereotypes, with little to no representation of his people, Alaudin turned from acting to writing.  As a member of the Public Theater’s Inaugural Emerging writers group, he wrote plays about Harlem and Bangladesh.  He workshopped and/or produced those writings at The Public Theater, New York Theater Workshop, Lark Play Development Center, Schomberg Center For Research In Black Culture, LAByrinth Theater Company, New Federal, Cape Cod Theater Fest, and in Chicago (at Silk Road and Victory Gardens).   As an actor, he performed his solo show, Dishwasher Dreams, at New York’s Castillo Theater (Fall 2018).   Infilm, he co-starred in American Desi and did several voices in the award-winning, animated Sita Sings the Blues.  On television, he was featured in Uncle Morty’s Dub Shack (IATV).   Vivek Bald’s book, Bengali Harlem, was inspired by Alaudin’s plays and his family’s journey to America.  He will be co-directing the documentary of the same name that will air next year on PBS (bengaliharlem.com).  Alaudin’s ongoing dedication is to creating stories and characters that counter, challenge, and correct, the misperception of South Asians and Muslims.